Welcome to GOPWAR, my personal war on the Republican party.
It’s pronounced, “Gee-O-pee-War”

A little over two years ago, I sat, partying with some friends.
I forget what Trump news story was on television, at the time, but, I remember becoming outraged by what has been done to our democracy, and our decency. In fact, I became belligerent, and enraged enough, to stand up, and proudly declare publicly, that I was now declaring war on the entire Republican party.
At first, I thought I could simply, promote any opposition to the vile Republicans, but as I ranted on, I realized, the Republican party has to be completely obliterated, treated as the Taliban, or Isis. They must be unable to rise up in the future, so our children’s children won’t have to deal with this Republican horror show again.
The weapons they use are money, and power in their evil, Russian directed war on decency.
I will use music, and nature to help me carry my message of love, and togetherness to anyone who will watch, or listen.
As I continued my anti-Republican rant, since, I am an old geezer, I couldn’t think of anything I could do to actually wage war upon those scumbags, so I promised everyone listening, that I was going to make ten video clips on Twitter, and since, we all know good, always defeats evil, I can not be stopped. I was promptly, asked to leave, (OK., fine, they demanded I leave).

I had only made a few videos before, I didn’t really know anything more than anyone else.
I soon found out, Twitter, only gives you two minutes, and twenty seconds, so instead of a music video, it’s a video clip.
Next, the video quality on Twitter is horrible, so I need to use hi definition video, only, and then, I was hassled about copyright violations, so I decided to use cover tunes whenever possible.
With each one I made I learned a bit more each time, than I knew before, and the clips began to slowly, morph into their own style. I would find a tune, and then the video came around, and, as if by some paranormal magic, I started cranking out one clip, after another. After each one, I was told by my friends, (some of them, Republicans), I had moved them, forced them to think about what they are all about, some admitted having tears come to their eyes.
,Eureka I found the soft underbelly of the beast. Republicans don’t do well with togetherness, and they don’t understand simple things we take for granted, like love, tenderness, honesty, the humility to say, I was wrong, and guts to look someone in the eye, and tell them, “I love you”.
Things like gun sense, diversity, personal rights, helping the down trodden, all that stuff is kryptonite to Republicans. And so, that brings us to now.
What has developed, is a musical variety show, of sorts, all with a simple message of love, and togetherness,  I will leave out the God stuff,  and let you decide what to believe on your own, and I will call it, GOPWAR.
You are a part of it, because, without people watching, these clips are nothing. I am proud of what I am doing, and I am proud to have you call me your friend. I will try not to offend others, but some of the topics we need to cover will be difficult, I will do my best to soften the blows.
There is a blue wave rising, and I intend to help that wave along by converting Republican minds, one at a time.
Please join me every day early AM. For some songs to resist by.

I started, GOPWAR.NET in a fit of anger at the GOP.

Who could have known, it would turn into a network built on love, who reaches out to the darkest places on earth, delivering light, hope, music, emotion, and unconditional love?

After the election, we will work on both sides, being United States.

Please help GOPWAR spread love. Please donate whatever you think it's worth in your heart.

If you would like to donate to this cause, you can do so below, below, or you can scroll to bottom of the site to access donations.

You can see higher quality video clips, and get special clips not posted on twitter. by scrolling down to the bottom, and  subscribing. This, is a free, noncommercial website. We do not charge anything, nor do we sell anything. 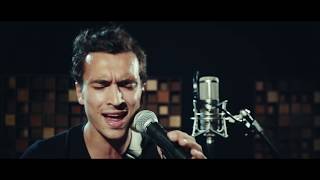 This guy, is very talented. He proves to me, the looper, is one of the best advances made, in music. 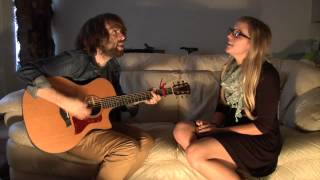 Musical magic, when, the right people join together, it shows. What a perfect duet, with both artists locked in solidarity. I felt this. 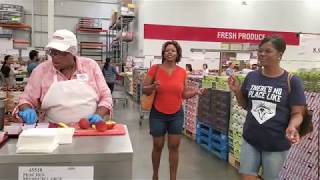 The Costco Lady Is Back!!!

We all love her, and it's so nice to see her again. Columbia, South Carolina, you are so lucky to have her. I loved watching all their fa...

To better serve my GOPWAR family, I have made a few changes. GOPWAR subscribers, will now, receive the long version of the daily tweets ... 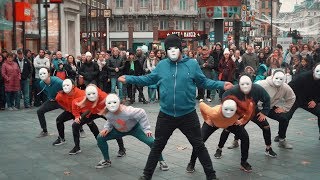 This, is a staged marriage proposal, where everyone, except, the fiance's G/F, is in on it. Her B/F is the guy in blue, in the middle, an... 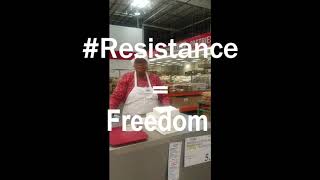 I love this lady. She is responsible for thousands of smiles, not just on faces, but in hearts, too. Her voice makes me feel at home, and... 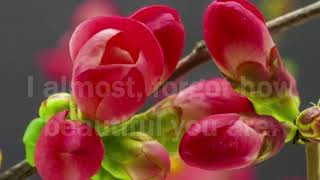 They couldn't stop it from coming. 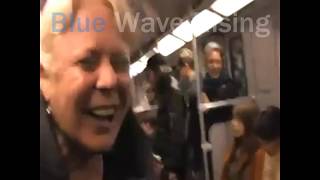 Try this experiment, yourself. The folks on this subway are not actors. 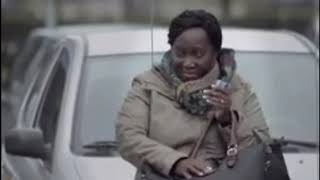 See if you can fight smiling, but wait, who would do that. Maybe, you could spread some love around today, too. 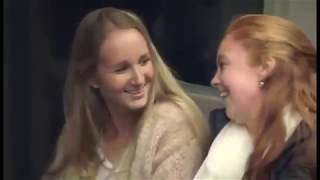 I put this video clip here, so I don't lose it again.
{"items":["5f5c0a9902a52e001751d2d5","5f5c0a99ba6b1f0017323921","5f5c0a7d988c6800175dd8ac","5f5c0a75d6553500175083ba","5f5c0a7302a52e001751d297","5f5c0a7302a52e001751d292","5f5c0a71d6553500175083b4","5f5c0a6013a88200170e3404","5f5c0a4345e399001719520c","5f5c0a4345e399001719520a"],"styles":{"galleryType":"Columns","groupSize":1,"showArrows":true,"cubeImages":true,"cubeType":"max","cubeRatio":1.7777777777777777,"isVertical":true,"gallerySize":1000,"collageAmount":0,"collageDensity":0,"groupTypes":"1","oneRow":false,"imageMargin":16,"galleryMargin":0,"floatingImages":0,"chooseBestGroup":true,"smartCrop":false,"hasThumbnails":false,"enableScroll":true,"isGrid":true,"isSlider":false,"isColumns":false,"isSlideshow":false,"cropOnlyFill":false,"fixedColumns":0,"enableInfiniteScroll":true,"isRTL":false,"minItemSize":50,"rotatingGroupTypes":"","rotatingCubeRatio":"","gallerySliderImageRatio":1.7777777777777777,"numberOfImagesPerRow":3,"numberOfImagesPerCol":1,"groupsPerStrip":0,"borderRadius":0,"boxShadow":0,"gridStyle":0,"mobilePanorama":false,"placeGroupsLtr":false,"viewMode":"preview","thumbnailSpacings":4,"galleryThumbnailsAlignment":"bottom","isMasonry":false,"isAutoSlideshow":false,"slideshowLoop":false,"autoSlideshowInterval":4,"useCustomButton":false,"bottomInfoHeight":0,"titlePlacement":"SHOW_BELOW","galleryHorizontalAlign":"center","galleryTextAlign":"center","galleryVerticalAlign":"center","scrollSnap":false,"itemClick":"expand","fullscreen":true,"allowSocial":true,"allowDownload":false,"allowTitle":true,"allowDescription":false,"loveButton":true,"loveCounter":false,"videoPlay":"hover","scrollAnimation":"NO_EFFECT","scrollDirection":0,"overlayAnimation":"FADE_IN","arrowsPosition":0,"arrowsSize":23,"watermarkOpacity":40,"watermarkSize":40,"useWatermark":true,"watermarkDock":{"top":"auto","left":"auto","right":0,"bottom":0,"transform":"translate3d(0,0,0)"},"loadMoreAmount":"all","defaultShowInfoExpand":1,"allowTitleExpand":true,"allowDescriptionExpand":true,"allowLinkExpand":true,"expandInfoPosition":0,"allowFullscreenExpand":true,"fullscreenLoop":false,"galleryAlignExpand":"left","addToCartBorderWidth":1,"addToCartButtonText":"","slideshowInfoSize":200,"playButtonForAutoSlideShow":false,"allowSlideshowCounter":false,"hoveringBehaviour":"NEVER_SHOW","thumbnailSize":120,"magicLayoutSeed":1,"imageHoverAnimation":"NO_EFFECT","calculateTextBoxHeightMode":"MANUAL","calculateTextBoxWidthMode":"PERCENT","textBoxHeight":240,"textBoxWidth":200,"textBoxWidthPercent":50,"textImageSpace":10,"textBoxBorderRadius":0,"textBoxBorderWidth":0,"textsVerticalPadding":-15,"textsHorizontalPadding":-30,"titleDescriptionSpace":6,"customButtonText":"","customButtonBorderWidth":1,"customButtonBorderRadius":0,"loadMoreButtonText":"","loadMoreButtonBorderWidth":1,"loadMoreButtonBorderRadius":0,"imageInfoType":"ATTACHED_BACKGROUND","itemBorderWidth":0,"itemBorderRadius":0,"itemEnableShadow":false,"itemShadowBlur":20,"itemShadowDirection":135,"itemShadowSize":10,"imageLoadingMode":"BLUR","expandAnimation":"NO_EFFECT","imageQuality":90,"usmToggle":false,"usm_a":0,"usm_r":0,"usm_t":0,"videoSound":false,"videoSpeed":"1","videoLoop":true,"gallerySizeType":"px","gallerySizePx":1000,"allowContextMenu":true,"itemBorderColor":{"themeName":"color_15","value":"rgba(12,12,12,1)"},"galleryLayout":2,"modifiedGallerySize":true,"selectedLayout":"2|bottom|1|max|true|0|true","layoutsVersion":2,"selectedLayoutV2":2,"isSlideshowFont":true,"externalInfoHeight":240,"externalInfoWidth":0},"container":{"width":980,"galleryWidth":1012,"galleryHeight":1440,"scrollBase":0,"height":null}}
Share

Off the coast of Southern Maine